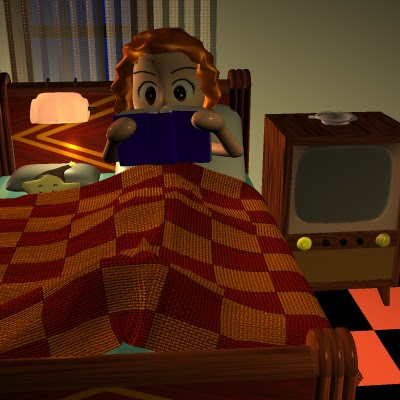 As an old metrology-loving nerd, I'm always fascinated by simple and decisive measurement tools or experiments.

The best methods of all are 'traps', letting you know without any doubt whether an event has occurred or not. The disposable dosimeter mentioned recently is a perfect example. If the film has changed color, you've been hit with radiation. Can't be erased, doesn't fall back to zero on its own.

Back in August I disconnected the cable TV, and since then I've been gradually decreasing TV. I thought I was down to seeing AFV on Sunday night plus local news most nights.

Last Sunday a serendipitous 'trap' informed me that I was only watching AFV, despite my contrary impression. Here's how it happened: The digital side of the local ABC station doesn't make it to this part of town. Probably because they realize the inadequacy of their digital signal, the station has kept their analog channel running. Thus, when it's time for AFV on Sunday, I turn on the TV, turn off the digital adapter, and switch the channel from 3 (where the digital box feeds in) over to analog channel 11.

Last Sunday I tried to click the channel up to 11, only to find that it was already on 11. Trap! Unquestionable evidence that I hadn't turned the stupid thing on at all since the previous Sunday!