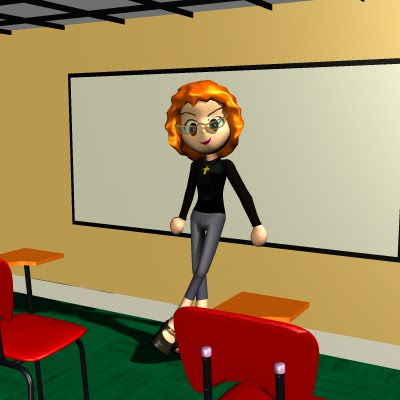 Professor Polistra has noticed something... typically she would have a new Language Update about now, a blackboard full of annoying misuses and trendy buzzwords.

The last Update was in September, and it usually takes 3 or 4 months to accumulate enough wordcrap to fill the blackboard. But since September, I haven't noted anything new and annoying. What's going on? Am I getting less fussy with age? Highly unlikely.

Therefore, the non-barking blackboard implies that television, especially cable "news", is the prime culprit in linguistic distortion. Radio and the web must be somewhat less prone to mindlessly copied mispronunciations and stupid insider jargon.