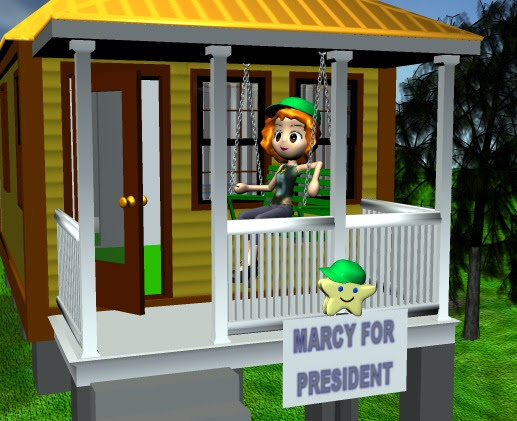 Polistra and Happystar are enjoying this year's nice autumn, which consists exactly of today.

This summer was steadily way above average, and now the fall has switched suddenly to way below average without ever passing through a period of normalcy. All 90s to all 40s, without the usual month of 60s. It's part of the El Niño pattern, which will hopefully give us a relatively mild and dry winter. If that pattern holds true, no complaints about the missing autumn! The previous two winters were deadly and disastrous.

Polistra is wearing a Michael Moore cap today. Only three years ago this would have been unthinkable, but the monstrous incompetence or disloyalty of Sultan Bush has turned things around. This change of mental climate wasn't quite as sharp as the summer-to-winter snap; it began in early 2006 and was finished by mid-2008. Moore's recent book-tour appearances have reinforced the changeover. At this point Moore agrees with Polistra that Marcy Kaptur should be President, and agrees on most other things. Thus the cap.

This essay does a good job of summarizing Kaptur's clear thinking.  ¶ 11:22 AM