Saturday, October 17, 2009
AUDIN NOTE FEB 12, 2012: After some evidence that people were actually downloading the program, I decided to check out the setup file just to be sure everything is OK. It wasn't OK! The setup file had acquired a virus. I located the original CD and set up AUDIN on my computer, preparatory to building up a new installer. Turns out the existing version (built in 2004, mainly for XP) crashed in Win 7. I revised the C++ code, recompiled, and rebuilt the installer in MSI form.

Now it works for sure in Win 7 and Win 2000-Server. I no longer have an XP computer for testing, but if it works in 2000-Server, it should also work in XP. 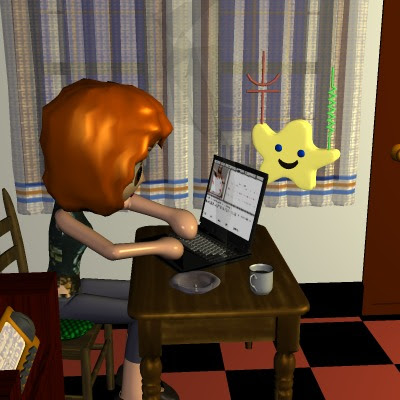 Polistra decided to mark the 10th anniversary of Jean Shepherd's passing by resurrecting a program that Shep might have enjoyed.

AUDIN is a program I built in 2002 under a Federal Dept of Ed contract. It's meant to be a "virtual lab" for AUDitory INstrumentation, part of the curriculum for audiologists. My favorite part is a self-teaching introduction to electricity and electronics, which was unique at the time. I suspect other self-teaching electronics apps are available now, but AUDIN is still a lot of fun to play with, and it's still my proudest achievement.

I've built larger courseware projects since then, but those are framed around text outlines and illustrations provided by others. AUDIN was mainly my own work. Some of the text was by others, but all programming and graphics were mine. Comparing AUDIN against more recent projects, it's clear that my graphics skills have improved greatly since 2002 while my programming skills have atrophied. I can make more realistic and lively pictures and animations now, but I couldn't begin to write the delicate C++ code for the interactive experiments.

I had to rename the file with a .TXT extension because the stupid website refuses to download MSI files. Download using the link, then rename it to plain old MSI and run it. After the installer runs, you can delete the MSI file.

When AUDIN starts, it gives you a choice of running with or without grades, because it was mainly meant as a classroom aid. If you're just using it for fun, pick the Ungraded choice.

The electronics self-teacher starts at Lesson 201 if you don't want to bother with the rest. It's pretty much free-standing, doesn't assume you've read the previous lessons.