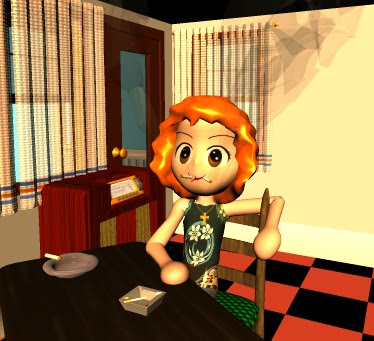 Polistra is enjoying the exquisitely deserved downfall of a master criminal and thief.

Richard "Dickie" Scruggs, who became one of the wealthiest civil lawsuit attorneys in the country by taking on tobacco, asbestos and insurance companies, was sentenced Friday to five years in prison for conspiring to bribe a judge.

Scruggs was indicted in November along with his son and a law partner after an associate wore a wire for the FBI and secretly recorded conversations about the bribe plan. Prosecutors said he wanted a favorable ruling in a dispute over $26.5 million in legal fees from a mass settlement of Hurricane Katrina insurance cases.

Prosecutors are looking into another alleged bribery conspiracy in which Scruggs is accused of trying to influence a different judge in a dispute over legal fees from asbestos cases. Scruggs' former defense attorney has pleaded guilty in that case and is cooperating with investigators.

Scruggs gained fame in the 1990s by using a corporate insider against tobacco companies in lawsuits that resulted in a $206 billion settlement.

Scruggs' former defense attorney, Joey Langston of Booneville, has pleaded guilty to trying to influence Hinds County Judge Bobby DeLaughter in the asbestos fee case by promising that Scruggs could help DeLaughter get appointed to the federal bench with the help of U.S. Sen. Trent Lott, Scruggs' brother-in-law.

The mastermind of the biggest single theft in history is finally behind bars!

Afterthought: I haven't heard any brand-D politicians crowing about the Trent Lott connection, which by all rights should be prime material for their "culture of corruption" line. Wonder why? Oh, yes, I see... anti-tobacco lawyers can never be described as corrupt because they are Heroes of the Left, Celebrated in Song and Story and On The Silver Screen. In fact, several of the Silver Screen people involved with the movie "The Insider", a Stalinist propaganda pic that lionizes Scruggs, testified in his favor at this trial. Bravo to the judge in this case for ignoring their fame and fortune.

And another piece of justice, though less complete: after 7 years of false accusation which never quite reached the point of charges and trial, Stephen Hatfill finally got a monetary recompense. Unfortunately, Sultan Bush's regime didn't admit any wrongdoing, and didn't state explicitly that Hatfill is off the hook. Kafka is still alive and well.

For me, this anthrax business was the first hint that the Bush regime was not truly fighting a war. There was definite evidence that Atta and his cadre had been experimenting with anthrax; the accompanying letters were unquestionably written by a foreign hand; there was no evidence at all connecting Hatfill to the letters. Despite all that, the Bush regime landed on Hatfill and stayed on him for several years, based apparently on a highly dubious accusation from a female former colleague. I had to conclude that the Bush regime was more interested in protecting Atta [or perhaps protecting a double agent connected to Atta, or covering up a blown sting] than in making war against the ideology and nations who sent Atta.  ¶ 7:32 PM