The last time I looked at the NEI website there were only two new licenses for nuke plants, which I considered to be pretty good news. That was in June.

Suddenly there are AT LEAST 33 new nuclear plants being licensed for construction. Here's the chart, as viewed from an NEI spreadsheet. 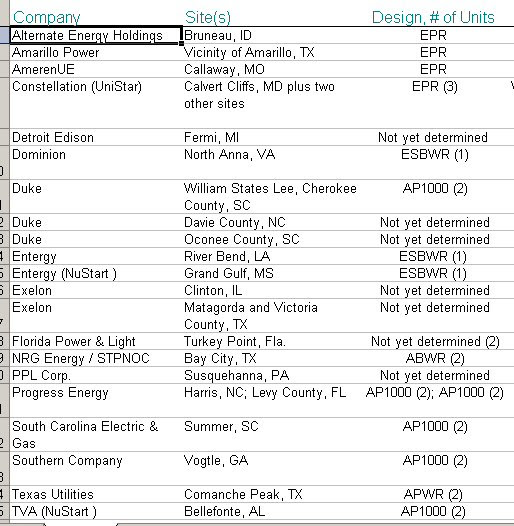 If all of these plants are built quickly, this will essentially solve our energy independence problem.

You'd think Congress or the Bush admin would want to trumpet this news, as evidence that they're finally getting serious about the future. That would be normal and sane behavior for politicians. Apparently these insane creatures actually prefer to let the people hold them in contempt, even in these rare instances when they accomplish something critically important and tremendously good for the country.