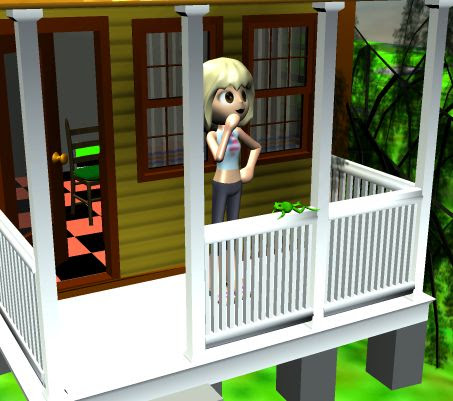 Polistra has been taking it easy for a bit ... ants under control, roof under control, two pieces of work done, and three consecutive days of half-decent weather for the first time since last summer. All adds up to a little relaxation.

While listening to C-Span's rerun of the Sarkozy inauguration, she noticed that Sarko emphasized something called the "Mediterranean Union", which turns out to be a proposed ad-hoc organization of nations touching the Mediterranean. It would be an alternative to the EU, which has been increasingly turning into the Fourth Reich.

Sarko seems to understand the basic idea that ad-hoc treaties and partnerships work better than big free-standing organizations like EU, UN, and WTO.

Polistra has noticed this difference, and just now figured out why the big stuff doesn't work. It's painfully obvious but still important: Ad-hoc organizations, and separate treaties between two countries, don't have buildings. A treaty doesn't have a General Secretary or a Plaza all to itself. As soon as you have a building and an executive, you become more concerned with Institutional Imperatives than with any of your original purposes. By contrast, a treaty or a temporary arrangement is managed by the tension between interests of opposing parties. Each country or side may specialize some bureaucrats to work on this treaty, but their job is not to maintain the grandeur of the treaty; their job is to watch the other side for violations.

Afterthought: This is similar but not identical to one of C. Northcote Parkinson's observations. CNP observed that an organization or company is likely to be lively and innovative as long as it's housed in temporary quarters: a garage or basement or an old rented loft. When you see a business proudly moving into sparkling new quarters, you know it's on the way down toward stagnation or death.  ¶ 1:06 PM