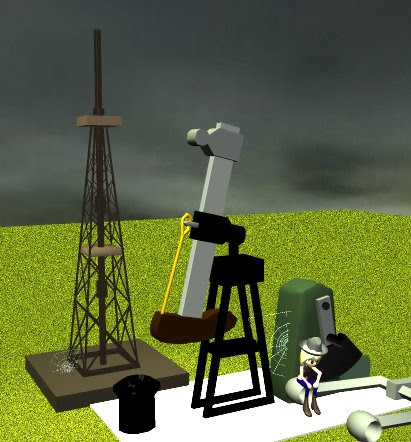 This just doesn't make any sense at all. The Senate, which normally works against America, has actually agreed to open up drilling in Alaska. When I commented on that a week ago, I just assumed that the House would go along, because the House has a strong majority of 'Republicans' plus about 30 normally pro-American Dems.

Now the House has decided to keep ANWR closed, and to prevent any expansion of Gulf-area offshore drilling. What in the name of all that is holy, unholy, and otherwise, do they think they are doing?

If the House knew the Senate would knock it down anyway, I could understand the idea of skipping the battle. One of the House 'moderates' seemed to be thinking this way: "They understand this thing won't go anywhere with ANWR in it," said Representative Charlie Bass, a New Hampshire Republican. Bass wrote a letter Nov. 8 that was signed by 25 other Republican lawmakers to House leaders asking that the Alaska provision be stripped. But that makes no sense at all after the Senate has already approved drilling.

Well then, do they believe that Georgie will veto it, to protect Jeb's interests over America's interests? Maybe so. Maybe they understand Georgie better than the rest of us uninformed peasants.

I'm no longer convinced that we have a President at all. Frist is far from ideal, but he is at least mentally competent, and he seems to be taking charge.  ¶ 10:08 AM