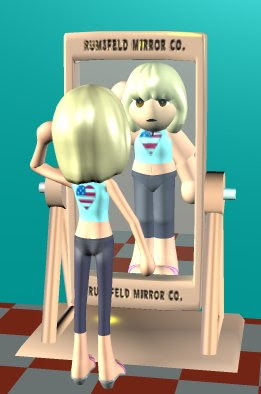 This week C-Span is running a series of BRAC hearings, in which local communities and many retired Generals plead with the commission. At the risk of sounding Rushy, I was even more right than I thought. I had been half-consciously assuming that the endangered bases were sort of obsolete, or could reasonably be considered as 'extra'. I was trying to make the case that we need to keep bases like that in the system, because (thanks to the state-sponsored terrorist organization EPA) it's simply impossible to build a large facility from scratch nowadays.

Listening today to the hearings on Ellsworth AFB in South Dakota and Crane Naval Ammunition Plant in southern Indiana, I realize that these two bases are not 'extra' by any possible definition. The Crane facility, which I'd never heard of before, has an impressive network of railroads and roads leading to storage bunkers (part of which is shown here in a deLorme map section) 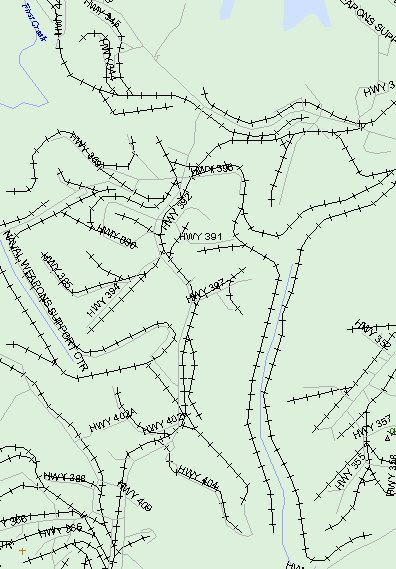 and does both research and production of rad-hardened electronics, among many other critical jobs. If Anorexic Rumsfeld succeeds in closing this facility, we'll lose those skills and all those decades of specialized construction. Ellsworth is one of two B-1 bases; the other is McConnell in Wichita. Rummy would put all the B-1s at McConnell, which is such a dumb idea that even an ex-hippie civilian like me can spot it.

A more subtle consideration: Existing bases develop a kind of YIMBY factor, making it easier to build or emplace things that might normally be considered 'noxious' or would stir up community opposition. I saw this in Enid, where churches and community organizations are far stronger than you'd expect in a town of that size. Why? Because Vance AFB wives are the volunteer backbone of the community. Enid understands this debt, and reciprocates. So a base contributes far more than just taxes and business.  ¶ 9:22 PM