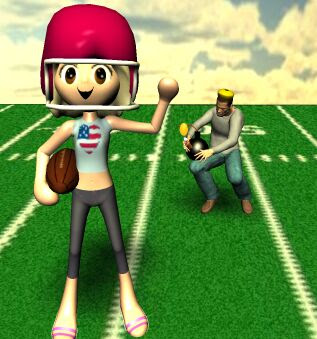 Consider today's Zawahiri tape, in which he wears the white robe generally believed to signal an impending attack. He also offers a truce, which is part of the Mohammedan requirement before initiating an attack. Consider also the Hinrichs episode at OU in October, which appears to be under heavy investigation despite the usual Nothing-To-See-Here public front. Consider also that Dearborn is a long-time center of Arab population. Have our authorities added up this equation? 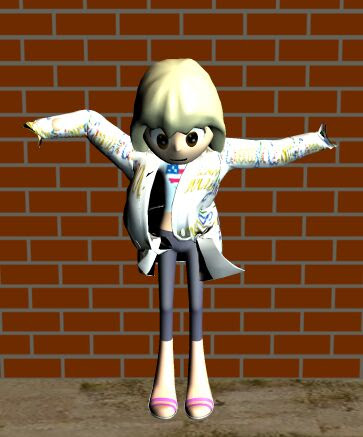 Happy to see Google fighting the subpoena from AG Gonzales. The subpoena is a magnificently stupid and self-destructive idea for three separate reasons:

1. It gives easy ammunition to those who claim that Bush is Big Brother, spying on everybody's naughtiness to satisfy his personal jollies. Without this, a[relatively] clear case could be made that we are primarily listening to wartime enemies and their helpers.

2. It runs contrary to the administration's stated desire for strict Constitutionalist judges. The Supreme Court's partial overturning of COPPA was in fact a correct and originalist decision. The government isn't supposed to decide what people can read. Freedom of the press means publishers (including web carriers) can make their own decisions about what to publish, and readers (including parents acting on behalf of their children) are supposed to make their own decisions about what to read.

Gonzales wants to reverse that situation, for obvious political purposes: soccer moms want the government to take over the role of supervising their children. This is a profoundly leftist mentality, and a "conservative" admin should not be pushing it. (Yes, I know the religious constituency also wants to spare parents from the burden of controlling their children's reading; that doesn't make it any less a Leftist viewpoint. The Dobsonites actually agree with the Left in many respects, though you'll never get either side to admit it.)

3. The fact that sex is annoyingly and disturbingly pervasive on the Web does not need documentation. Anyone who has been online for more than one minute has received email invitations from sex sites. But even allowing that the data could be useful, any experienced computer user can gather this set of data, or enough data to serve the same purpose, without issuing a subpoena! Try Googling it, for Christ's sake!!!!  ¶ 3:51 PM

KSU speech Since the Pres was speaking in Polistra's home territory this morning, a few quick observations seem obligatory.

"When the Taliban was running that country with al-Qaeda as a parasite"
Interesting phrase, possibly aimed at veterinary students.

"Zawahiri might not have wanted us to read that particular letter, but nevertheless we did."

He's back to 'catch terrorists and bring them to justice', after trying out some firmer and better phrasing like 'hold them to account'. Phooey.

"Since we're not able to track vast batallions or armadas, we have to have good intelligence, to track these folks in the dark corners of the world..."

"A terrorist network can sometimes burrow into a society and find a safe haven."

After that, he fell into an unfortunate kindergarten-teacher mode that must have been insulting to the students.

Too much emphasis on 'democracy leads to peace'. Dubious and oversimplified, and doesn't apply to the motives of al-Qaeda. Not really worthy of a Landon Lecture.

Discussed the Gorelick Wall, but didn't specify who built it or why. Back to the damned New Tone.

"Grow sawgrass and convert it to energy" Gaaaak!

Liberating the Kurds made the Iraq war worthwhile. We need to preserve Kurdistan
as a bastion of civilization, even as the Arabs return to their natural
state of sub-human savagery.

Great discussion on Social Security.
"Will the system be there for you? No."
"I have a duty to confront problems, not just to shuffle them along."
Good defense of privatization, and positive response from the young audience.

Clever response to the nasty comment from the Venezuelan Commie. She seemed to be asking "Why aren't you guaranteeing jobs to every immigrant, legal or illegal?" He simply explained his agenda: strengthen enforcement, guest worker program. Useful answer to the larger audience, undoubtedly unsatisfying to the questioner.  ¶ 11:36 AM

Saturday, January 21, 2006
The frog king A few weeks ago, in a sympathetic mood, I decided to consider France as our ally against the Army of Allah. I didn't expect that France would become (at least rhetorically) the leading force in this war!

The leaders of states who would use terrorist means against us,
as well as those who would envisage using … weapons of mass
destruction, must understand that they would lay themselves open to
a firm and fitting response on our part. This response could be a
conventional one. It could also be of a different kind.

I've been wishing for something like this ever since WW4 started.

We were able to run WW2 with great efficiency because our Leftists worked zealously for our side. When Russia, the Left's Rodina [motherland], turned against Hitler in 1940, we gained the assistance of a well-organized cultural fighting force, expert in the ways of propaganda, already in control of movies and radio entertainment. (Newspapers were mostly Republican in those days.)

The modern Left is much less unified, but since 1968, and especially since the fall of the Soviet Empire, their ideological fatherland has been France. Will they follow Chirac in this case? Will we gain the assistance of Hollywood and the academic community? Certainly not with the same enthusiasm that, say, Orson Welles and Paul Robeson helped us defeat Hitler. But I'll lay odds that their opposition will be considerably muted from now on. Consider their problem: the Patrie is just itching to nuke the Mohammedans, while Kindler Gentler Georgie is still trying to fight carefully and surgically -- what does a loyal Leftie do? Stick with France, which is now even 'worse' than Amerikkka? Go with Amerikkka as a compromise? Or give full heartfelt allegiance to Osama and the 11th Century?

In such a state of confusion, with no absolute leader available, I think the elite will essentially shut up.


Sidenote: France was already the king of nuclear-generated electricity. Now it becomes the first Euro power to declare that preserving civilization is worth using nuclear weapons. We need to learn from France in both areas. With dramatic illustrations of the dangers of coal power in West Virginia, and dramatic illustrations of Mohammedan insanity in Iran, the time is ripe for a second Manhattan Project.

A competent wartime president would use executive orders to build new atomic power plants immediately, on BRAC'd military bases if necessary. Since we do not currently have a competent wartime President, we'll have to wait for either Hillary or Romney. Can we wait that long? Hope and pray.  ¶ 7:46 PM

Sometimes even the best tools are no good against Nature.

This is personal. I know and love many of the locations that are being menaced or destroyed by these brushfires.

News reports showed the town of Pink being wiped out. Pink isn't really a town; more of a settled area between Norman and Shawnee. Back in the '70s, Pink had one notable and unexpected drawing card: an excellent Mexican restaurant with a live mariachi band. I often enjoyed that place when I lived in Norman. Presumably it's long since closed.

As I've argued before, NASA's new mission should be weather control. Breaking up a persistent jet-stream pattern could save more lives and property than any amount of preparedness and emergency operations.  ¶ 9:46 PM

Sunday, January 01, 2006
Pick one. Listening to Pres doing a short news conf this morning. He's appropriately angry, but still on the defensive. Still treating the war as a matter of personal opinion: "Some say this is a criminal matter. I strongly disagree. I believe we're at war." No, no, no, no, no. It's NOT a matter of personal opinion, and cannot be treated as such.

A competent wartime President, facing a pack of enemy agents (bizarrely and Orwellianly described as "journalists") would respond to the first question from each enemy agent as follows:

"Are you with us or with the enemy? Pick a side NOW. Tell me which side you're on. But be warned: if you say you're with us, henceforth your questions must be aimed at helping us win this war. None of the questions you have asked in the previous four years have indicated that you want us to win. On the other hand, if you state that you're with the enemy, you will be immediately taken into custody and treated as an enemy saboteur."  ¶ 11:09 AM