Friday, February 05, 2021
Three follies that aided science (part 1 of 4) What's a folly? It's an antique word for a not-so-antique phenomenon. By dictionary definition a folly is a non-essential building or feature on a wealthy estate, offering amusement or entertainment to the owner and guests and outsiders. Follies aren't reserved for the wealthy. In fact most homeowners create follies on a smaller scale. Farmers often weld up a funny mailbox or statue from old tractor parts. Fish ponds, BVM shrines, garden gnomes, and 'little library' kiosks are all follies. Even year-round Xmas lights are a folly. I'm continuing the theme of science BY AND FOR entertainment, with a series of three notable follies that were meant to entertain and ended up serving science as well. Two of them were fully intentional, one wasn't. Seeing science as entertainment is hugely important. When you view science as the Only Road To Truth And The Key To Humanity's Future, you're duty-bound to obey all the vicious and deadly nonsense propounded by Big Science. When you view science as just another form of entertainment like singing and dancing and painting and follies, you aren't duty-bound to obey it. You're also more likely to DO some real science if you see it as inconsequential enjoyment instead of Classified Research Reserved For Credentialed Experts. I'm focusing on three rich dudes, entirely different in temperament and biography, but closely clustered in time and space. All three were in politics for a while, from entirely different angles. All of the follies were built between 1885 and 1925, and all were in New England. All of the families gained wealth and power via Madman Lincoln's War, which was VERY GOOD for New England and genocidal for the rest of the country. Part 2, James Hartness. Part 3, Frederick Smyth. Part 4, Edward Green. = = = = = The locations: 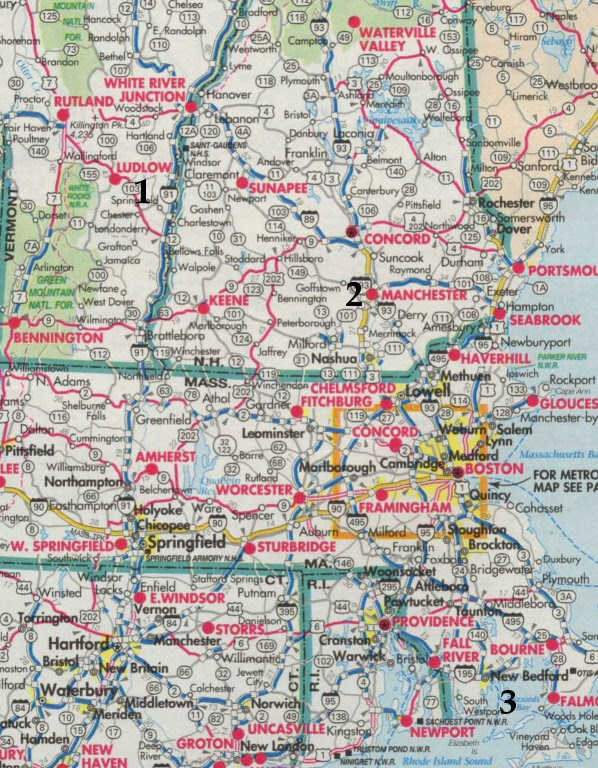