...Stand firm against the “barbarians” — people who live by feeling, driven by the passions, not right reason, and with no sense of restraint or obligation beyond satisfying their momentary demands — of our dominant culture is to form stronger, thicker communities based on a commitment to virtue.

Live by feeling? Driven by passions? No restraint? Exactly diametrically wrong. Dreher is stuck in the obsolete 'relativism' crap. The dominant culture has nothing to do with passions or feelings or unrestrained-ness. It is solely about ABSOLUTE MECHANISTIC OBEDIENCE to Big Brother Adequate-sized Trans-Sibling. At the moment an individual dissenter can live well enough by decoupling. Withdrawing consent and participation. Avoiding the command stream. For damn sure, no TV. TV has a unique ability to phase-lock** the brain. Other media are not quite as 'pipe-like'. Radio leaves you somewhat more freedom to absorb or reject the message. Print is best. If you're in an occupation where participation is forced, you have a hard choice. At the moment those occupations are literally butcher, baker and candlestick-maker. The list will expand FAST. Pay attention. Communities have a bigger problem. I find it instructive (constants and variables as always) to compare the fate of David Koresh's community with Prophet Clare's CUT community. Both were active and growing in the '80s. Koresh was loosely tied to Christianity, CUT followed a new-agey Spiritualist theology. Both were about the same size. Both were isolated in rural areas, with some members working in nearby cities to bring in cash. We know the fate of Koresh. Tanks and bombs. Christallnacht. Clare's cult didn't get bombed. It apparently faded out on its own, as cults generally do. What's the difference? Theology is one variable, but there's a vastly more obvious difference. Koresh had a fragile wooden building. CUT was housed in missile silos and had its own tanks and bombs. Instructive. 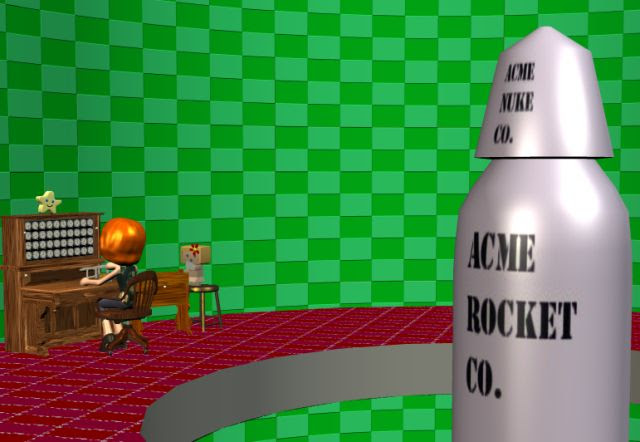 A community formed by Christians or other natural-law types will need to look maximally unattractive to Adequate-sized Trans-sibling, and it will need to be maximally unreadable. Residents will need to pay careful attention to signal discipline. Ideally avoid electrically based communication altogether. Think gears and levers, analog, mechanical differentiators, paper and hand-signals, Helen Keller. = = = = = ** 'Phase-lock' deserves a note. Modern tyranny may appear 'relativistic' or loose because it has a dynamic goal, just as a fast-moving train looks like a blur. Requirements are constantly changing but ABSOLUTELY PRECISE at each instant in time. This is the point Orwell was trying to make in his O'Brien sequences. 2 + 2 doesn't equal 5, and it most certainly doesn't equal Whatever, Dude. 2 + 2 equals PRECISELY what Big Brother says it equals AT THIS PICOSECOND. You need to keep up with the changes, which is much harder and much more brain-destroying than simply accepting a STATIC lie. In engineering terms you need to eliminate your own natural resonances and lock onto the constantly varying signal. Proper morality, whether you call it "God's word" or "the data from millenia of painful experimentation", is STATIC. The basic character and relations of male and female, the broad requirements of diet and public health, are unchanging. There is no "evolution", no "personal journey". A church or a believer can set its resonant circuit once. Some churches may have a broader Q, some have a sharp quartz notch; but if you see a church or a leader constantly sliding up and down the band to lock onto Kim Kardashian, you know it's not a valid church or leader. More on static vs dynamic here.