Saturday, February 23, 2013
1938: Sulking banks? Polistra, always trying to defend FDR against his modern critics AND his modern fans who misunderstand him, is suspicious of the usual explanation of the 1938 're-depression'. The usual leftist explanation, according to Krugman: FDR was pouring borrowed "stimulus" into the economy; he stopped in '38, and the economy crashed again. We must learn from this, and we must increase our current "stimulus" to a level sufficient to "prime the pump". This crucially necessary level of borrowing is somewhere between Infinity and (Infinity * Infinity). First of all, the analogy fails entirely. FDR's "stimulus" was fairly small by modern standards and NONE of it went to banks. FDR had started his first term by closing bad banks, not propping them up; and he gradually added more regulation and enforcement against banks and speculators. The harshest regulations came into force in 1936. Unlike Krugman/Bush/Obama's giant "stimulus" to the Wall Street Mafia, FDR's small "stimulus" went into building infrastructure, largely through WPA and CCC; and into supports for farm prices. Second, leaving the idiot analogy aside: If slowed "stimulus" was the problem in 1938, we should see poor people and farmers most strongly affected by 1938, because they lost some of their "stimulus". I'm familiar with automotive history, and this is where my suspicion started. In the auto industry, 1938 doesn't fit the 'poor hardest hit' template. The worst loss was in the middle range, not the bottom. Chevy's 1938 year was down 42% from '37; Caddy's 1938 was down 35%; but Pontiac was down 60%. Other middle makes like Hudson and Nash were dramatically down. What was happening on the farm? A couple snippets from the nice little USDA 'Farm Outlook' booklet in 1939:

Nothing special happening directly to farmers, but more indications that major industries were the focus of the problem. Let's look at some manufacturing sectors, taken from this Census bureau document. Three industries that fired lots of workers in 1938: [Larger picture here.] 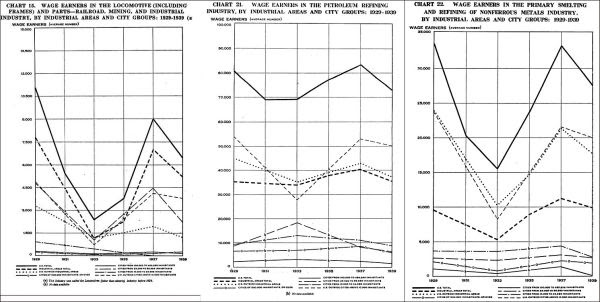 See it? The industries that were hurt most were related to autos, or fairly expensive stuff. Clothing and shoes were NOT bothered by 1938. Poor people kept buying shoes and clothes, but middle and upper-class people slowed down their buying of cars and other expensive items. Typically you need a LOAN to buy a car, and you don't need a loan to buy shoes. (Though you may be running a tab at the clothing store.) Well, let's pursue that line of thinking .... and it didn't take long to find a hint. Though internal bank documents from 1938 are probably not available online, here's the first page of a 1939 Mass Bank Commission report:

Bringing the text out of the image: "During the past year much has been written and spoken on the subject of banks refusing to loan money. This statement as applied to Mass appears definitely as a myth." There's the smoke. Bankers were pissed at strict regulations, and decided to take revenge. 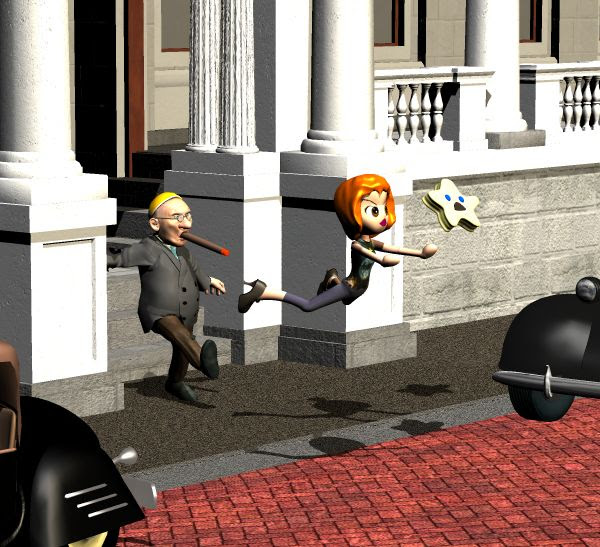 But where's the fire? Haven't found it yet, though the SEC's enforcement of PUHCA may have been the match. Decided to post this as an open question for now, in case someone who has better access to documents happens to read it and pursue the point.  ¶ 4:28 AM