Wednesday, September 21, 2011
Zero problems, domestic version A while back I noted the wonderfully concise and elegant Turkish foreign policy:

This seemed to strike a deep note in my mind, beyond its pragmatic simplicity. Finally realized Zero Problems has been my 'domestic policy' for several years, though I hadn't phrased it so elegantly.

Since paying off mortgage in 2006, the money that had been going to the bank has gone instead to eliminate problems one by one. Some were long-delayed and really should have been fixed much earlier (new roof, kill termites) and some popped up along the way.

This spring I took a big step by eliminating four trees that had given me a justifiable phobia about wind. I spent the next few months clearing out and replanting the yard, simultaneously clearing out the phobia from my mind.

The next stage toward zero problems was to fix the wooden fence on the west side, which was leaning badly at one end. I built it in '91 when I moved in, and it came close to falling in '04. At that time I had a fly-by-night fence man do an emergency repair, which held for a couple years but turned out to be only a little better than the original.

With trees gone and yard usable, the fence was the last remaining source of aeoliphobia and annoyance. (Presumably annoyance to the neighbor as well, though he was too polite to say anything about it.)

Today I had it fixed in a far more professional and permanent way, with posts set in concrete for the first time. Expensive at $1000, but it's truly straight and solid for the first time ever. Now I can face the usual windy autumn with Zero Problems, and I can face the neighbors with a little more pride. (Which makes this a direct equivalent of Turkey's foreign policy after all!) 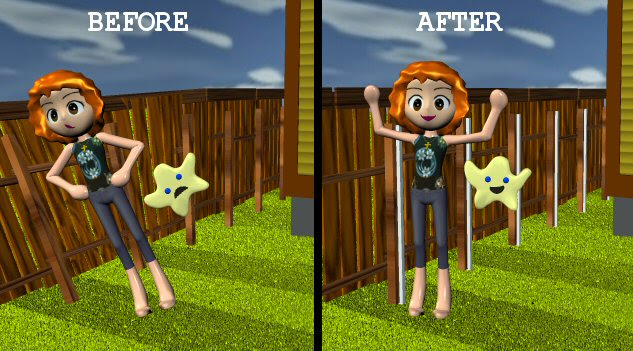 Intellectually I didn't doubt the construction, because the fence guy showed me how the metal posts are set in concrete. But I learn only by experiment, and this was a sufficient experiment to relieve my fears. 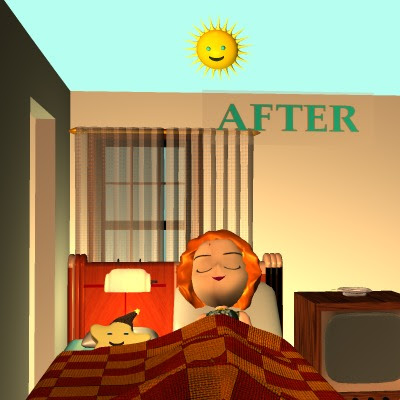 Zero problems!
= = = = = Update August 2014: The fence passed the acidest of all acid tests! The tornado-like windstorm of 7/23/14 took down dozens of trees and squashed dozens of houses. But the fence remained exactly vertical, not altered by even a fraction of an inch!