Thursday, November 13, 2008
GM Polistra has written about Nash several times, at first in the context of Mitt Romney's background.

The story of Nash and its nearest competitors yields a useful example for today's discussion of welfare for GM.

I suspect Charles Nash is looking down ruefully from above. He started in the auto industry at age 12 after running away from involuntary servitude. He found a job working for Billy Durant's buggy works. When Billy bought up two small automobile companies and created GM, Charles was still there, and moved up through the ranks into management. In 1914 he quit GM and set up his own company, determined to manage things differently. Nash avoided all Wall Street practices, avoided all gambling and debt. His frugal management carried the company through the Depression with only one year of loss, and it lasted through various mergers until 1983. 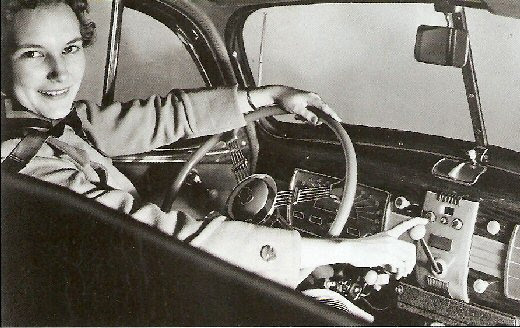 As of 1930, Nash's closest competitors were Willys and Studebaker. All were middle-sized companies with middle-priced cars. All of their cars had excellent engineering and distinct qualities, which meant loyal customers. But Willys and Stude were managed by high-rolling money men who paid more attention to the stock market than to their customers. When the Depression hit, frugal Nash held steady while Willys and Stude floundered and quickly fell into a bankrupt condition.

Unlike Comrade Bush, Mr Roosevelt didn't believe in welfare for companies or welfare for poor men. Comrade Bush throws money at companies and men so they can continue to behave criminally. FDR provided government jobs for men who had no other choice, and simply ordered companies and banks to behave sensibly. So Willys and Studebaker had no bailout option; instead they passed into well-controlled bankruptcy. Courts picked new managers, who were car men instead of money men. Stude's new management cut out inefficiency and simplified the model line, leaving only the models known to be popular. The new Willys managers decided the company should abandon its existing models and switch over to a very small low-priced car that would fill a unique niche. 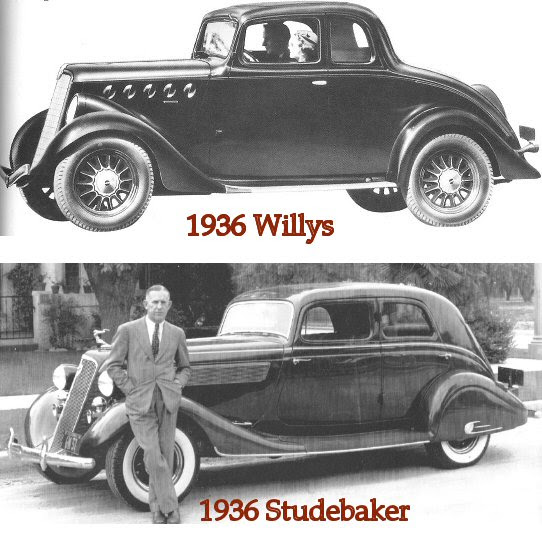 Both companies made it through the Depression; Studebaker held up considerably better because it continued to satisfy and expand its own family of customers, while Willys was trying to find a new breed of customers.

Bankruptcy for GM today could have the same benefit. Handing it over to new managers, after cleaning the slate of union contracts and debts, would let it serve American customers better. Even better would be a private equity buyout, if that could be arranged. A holding company wants to see actual profit, not increased share prices.